Wikileaks and the Age of Transparency (Unabridged) 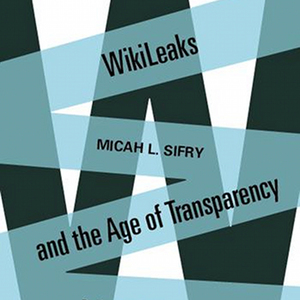 Audiobook Summary: The United States government is diligent - some might say to the point of obsession - in defending its borders against invaders. Now we are told a small, international band of renegades armed with nothing more than laptops presents the greatest threat to the U.S. regime since the close of the Cold War. WikiLeaks' release of a massive trove of secret official documents has riled politicians from across the spectrum. Even noted free-speech advocate Floyd Abrams blames WikiLeaks founder Julian Assange for the certain defeat of federal shield-law legislation protecting journalists. Hyperbole, hysteria? Certainly. Welcome to the Age of Transparency. But political analyst and writer Micah Sifry argues that WikiLeaks is not the whole story: It is a symptom, an indicator of an ongoing generational and philosophical struggle between older, closed systems, and the new open culture of the Internet. Despite Assange's arrest, the publication of secret documents continues. As Sifry shows, this is part of a larger movement for greater governmental and corporate transparency: "When you combine connectivity with transparency - the ability for more people to see, share and shape what is going on around them - the result is a huge increase in social energy, which is being channeled in all kinds of directions."