What the Nose Knows: The Science of Scent in Everyday Life (Unabridged) 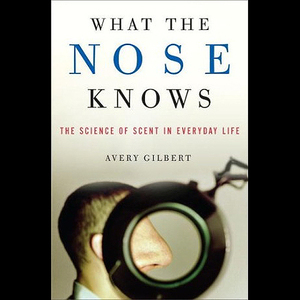 Audiobook Summary:Everything about the sense of smell fascinates us, from its power to evoke memories to its ability to change our moods and influence our behavior. Yet because it is the least understood of the senses, myths abound. For example, contrary to popular belief, the human nose is almost as sensitive as the noses of many animals, including dogs; blind people do not have enhanced powers of smell; and perfumers excel at their jobs not because they have superior noses, but because they have perfected the art of thinking about scents. In this entertaining and enlightening journey through the world of aroma, olfaction expert Avery Gilbert illuminates the latest scientific discoveries and offers keen observations on modern culture: how a museum is preserving the smells of John Steinbeck's Cannery Row; why John Waters revived the "smellie" in Polyester ; and what innovations are coming from artists like the Dutch "aroma jockey" known as Odo7. From brain-imaging laboratories to the high-stakes world of scent marketing, What the Nose Knows takes us on a tour of the strange and surprising realm of smell.