What If? Volume 2: Eminent Historians Imagine What Might Have Been 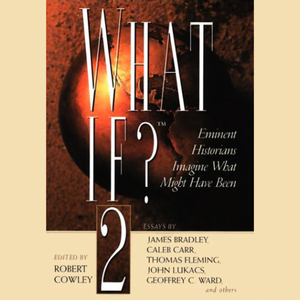 Audiobook Summary:There is no surer way to make history come alive than to contemplate those moments when the world's future - the government and wealth of nations, the faith and culture of generations - hung in the balance. In this volume, many of our brightest historians speculate about some of history's intriguing crossroads and the ways in which our lives may have been changed for the better - or the worse. These original essays range across the full span of history. Geoffrey Parker describes ramifications that might have included a divided Reformation movement, a strengthened Catholic leadership, and no European settlements in the Americas. And Caleb Carr argues that we could have been spared the horrific last six months of World War II in Europe if Eisenhower had seized his chance to destroy the Nazis in the fall of 1944. This all-star list of award-winning and best-selling authors includes Lance Morrow, Andrew Roberts, Cecilia Holland, Theodore F. Cook, and Geoffrey C. Ward, and is edited by Robert Cowley.