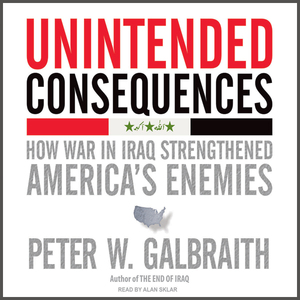 Audiobook Summary: Called by New York Times columnist David Brooks the "smartest and most devastating" critic of President George W. Bush's Iraq policies, Peter W. Galbraith was the earliest expert to describe Iraq's breakup into religious and ethnic entities, a reality that is now commonly accepted. The Iraq war was intended to make the United States more secure, bring democracy to the Middle East, intimidate Iran and Syria, help win the war on terror, consolidate American world leadership, and entrench the Republican Party for decades. Instead, says Galbraith: Bush handed Iran its greatest strategic triumph in four centuries. U.S. troops now fight to support an Iraqi government led by religious parties intent on creating an Iranian-style Islamic republic. As part of the surge, the United States created a Sunni militia led by the same Baathists the United States invaded Iraq to overthrow. Obsessed with Iraq's nonexistent weapons of mass destruction, the Bush administration gave Iran and North Korea a free pass to advance their nuclear programs. Turkey, a key NATO ally long considered a model pro-Western Muslim democracy, became one of the most anti-American countries in the world. U.S. prestige around the world reached an all-time low. Galbraith challenges the assertion that the surge will have led to victory. By creating a Sunni army, the surge, in fact, contributed to Iraq's breakup and set the stage for an intensified civil war between Sunnis and Shiites. If the United States wishes to escape the Iraq quagmire, it must face up to the reality that the country has broken up and cannot be put back together. 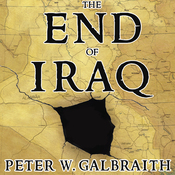 The End of Iraq