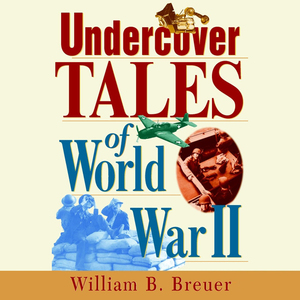 Written By: William B. Breuer

Audiobook Summary: "Most of these surreptitious events would have been rejected by Hollywood film producers as implausible - yet they happened and helped to shape the outcome of the war." Going beyond the well-known history, this book offers World War II buffs and history fans something altogether different. Just beneath the surface of the traditional perspectives and legendary events lurks a vast and shadowy world of virtually untraceable maneuvers, deceptive appearances, and confidences betrayed. Breuer deftly uncovers 70 covert operations and insidious plots, including: The bloc of hard-core American Nazis who carded out elaborate plans to sabotage war efforts and keep the United States neutral The wily Japanese "tailor" who singlehandedly stole the secrets to the United States Gray Code The brave member of Norway's resistance movement who deeply infiltrated the German hierarchy, posing as a zealous Nazi The French boy and his "blind" music teacher who penetrated, in broad daylight, the German forbidden zone at Port-en-Bessein In the vivid, fast-paced tradition of Unexplained Mysteries of World War II , this far-reaching treasury of vanishing spies, mysterious kidnappings, and bizarre subplots is a unique and riveting addition to World War II literature. 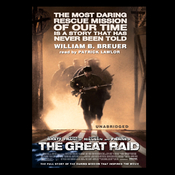 The Great Raid on Cabanatuan 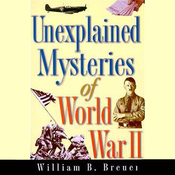