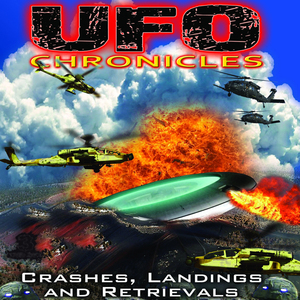 Audiobook Summary: "Not only have UFOs of many types crash landed on the Earth, but they've been coming here since the dawn of time. Communication has been established," says one military insider. While UFO sightings occur more frequently every year, with more and more credible witnesses across the globe, it's still hard to grasp that alien spacecraft and their occupants are nothing new to planet Earth and that the military and government factions still attempts to portray that we are alone in the universe. This amazing and comprehensive three-program set includes hours of information and background on the Alien Agenda and the incredible evidence that the UFOs have not only visited Earth repeatedly, but have crash landed, and that humankind has been utilizing alien technology since the 1940s. In the words of a military insider, "They don't want you to know that we are property, property of something much bigger and much more powerful than all the military power combined." Learn how the reverse engineering of alien technology led to the development of accelerated particle-beam devices, fiberoptics, lasers, integrated-circuit chips,l and much more. Learn how the "Star Wars" program was meant to achieve the destructive capacity of electronic-guidance systems in incoming enemy warheads, as well as the disablement of enemy spacecraft, including those of extraterrestrial origin. Over six hours of the darkest UFO secrets in one three-program set!