Two Years Before the Mast (Unabridged) 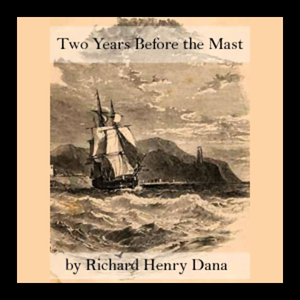 Audiobook Summary:Richard Henry Dana called this book a "a voice from the sea". It had an influence on both Joseph Conrad and Herman Melville, both of whom sang its praises. Dana was a law student at Harvard College who decided, in 1834, to take a break from his studies in order to experience the "real world" by signing on as a common sailor for a two year voyage from Boston around Cape Horn to California. He kept a journal which he turned into a book after the voyage. In it he gives a vivid and detailed account of his fantastic voyage. The book is many things: a history, travelogue, a social documentary and an adventure story. W. Clark Russell, one of the best writers of sea-stories in English, called it "the greatest sea-book that was ever written in any language", and Ralph Waldo Emerson said, it "possesses...the romantic charm of Robinson Crusoe ". 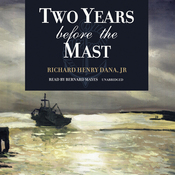 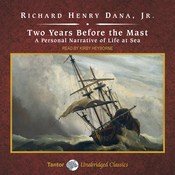