Them: A Novel (Unabridged) 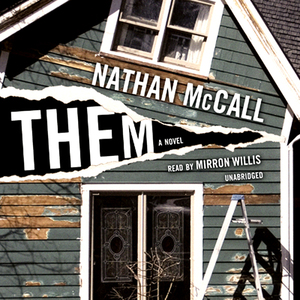 Audiobook Summary:Barlowe, a single African-American in his 40s, shares a ramshackle house with his 20-something nephew in the old Fourth Ward of downtown Atlanta, a neighborhood known as the center of the civil-rights movement and the former home of Martin Luther King, Jr. Barlowe works as a printer and passes the time reading books from the neighborhood library and hanging out with other local black men at the corner store. When Sean and Sandy, a white married couple from Philadelphia, buy and renovate the house next door in anticipation of a neighborhood "turnaround", everyone tries at first to go about their daily business. But fear and suspicion begin to build as more and more new whites move in and make changes, and once familiar people and places disappear.