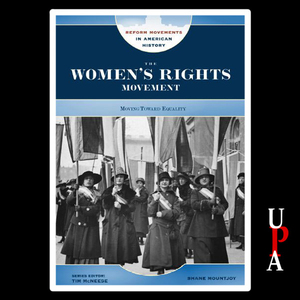 Audiobook Summary: The women's rights movement grew out of the women's suffrage movement of the mid-1800s and also addressed other women's legal rights issues. The second wave of the movement, which promoted economic, political, and social equality, gained momentum in the 1960s and '70s, when such groups as the National Organization for Women fought for equal pay and laws banning employment discrimination. Clearly written, The Women's Rights Movement is an illuminating introduction to one of the most prominent reform movements of the last 40 years. The book is published by Chelsea House Publishers, a leading publisher of educational material.