The Tunnel at the End of the Light: Time Hunter (Unabridged) 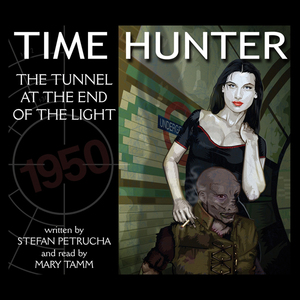 Audiobook Summary: In the heart of post-war London, a bomb is discovered lodged at a disused station between Green Park and Hyde Park Corner. The bomb detonates, and as the dust clears, it becomes apparent that something has been awakened. Strange half-human creatures attack the workers at the site, hungrily searching for anything containing sugar... Meanwhile, Honore and Emily are contacted by eccentric poet Randolph Crest, who believes he is the target of these subterranean creatures. The ensuing investigation brings Honore and Emily up against a terrifying force from deep beneath the earth, and one which even with their combined powers, they may have trouble stopping. 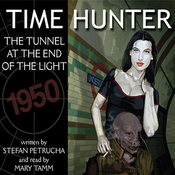