The Triumph of the West: The Origin, Rise, and Legacy of Western Civilization (Unabridged) 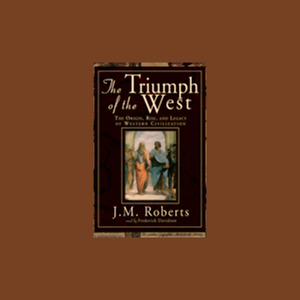 Audiobook Summary:Over the centuries, two important beliefs arose in Europe: a faith that man could order his own destiny and that progress was normal. By 1900, doubts arose concerning traditional Western values. The continuing problems of the world's poor, environmental deterioration, the inequality of women, and continued warfare pose real questions about the advancement of the human race. The Triumph of the West is noted historian J.M. Roberts's engrossing, well-reasoned, in-depth essay on the nature of the dominance of Western civilization, its rise to global hegemony, and its ambiguous "triumph". Roberts's interest is not in judging the West's push toward greater cultural preeminence but in gaining a better understanding of the present by analyzing what got us here. 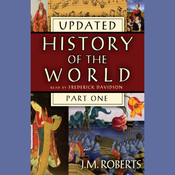 History of the World, Updated