The Structure of Scientific Revolutions (Unabridged) 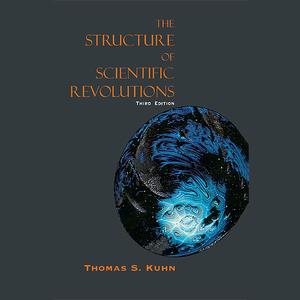 Audiobook Summary:Named one of "The Hundred Most Influential Books Since the Second World War" by the Times Literary Supplement , and one of the "100 Best Nonfiction" books by the Modern Library, Thomas S. Kuhn's The Structure of Scientific Revolutions is a landmark of scientific thought. Written in 1962, Kuhn's book took an entirely different view of how scientists perceived and achieved changes in basic theoretical assumptions - what he termed "paradigm shifts". The Structure of Scientific Revolutions is essential listening for understanding the history, philosophy, and evolution of science. The late Thomas S. Kuhn was the Laurence Rockefeller Professor Emeritus of linguistics and philosophy at the Massachusetts Institute of Technology.