The Stragglers: An Incredible True Story of Survival from the Korean War 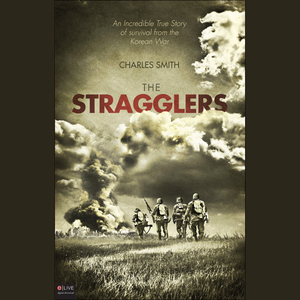 Audiobook Summary: Armed with M1 rifles, bayonets, and a few hand grenades, young soldiers from different units, operating without command, come together as The Stragglers . Take a journey into the trenches in this fascinating true story of a group of misplaced soldiers fighting courageously as other American troops withdrew from the city of Chinju, South Korea. Charles C. Smith recalls the story of his 17-year-old self, the lone survivor from a battle that took place more than 50 years ago. A rag-tag group of soldiers solidifies as The Stragglers . As lives are lost, honor and courage are upheld.