The Road to 9/11: Wealth, Empire, and the Future of America (Unabridged) 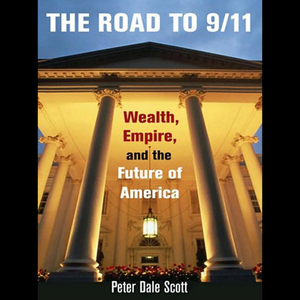 Audiobook Summary: This is an ambitious, meticulous examination of how U.S. foreign policy since the 1960s has led to partial or total cover-ups of past domestic criminal acts, including, perhaps, the catastrophe of 9/11. Peter Dale Scott, whose previous books have investigated CIA involvement in southeast Asia, the drug wars, and the Kennedy assassination, here probes how the policies of presidents since Nixon have augmented the tangled bases for the 2001 terrorist attack. Scott shows how America's expansion into the world since World War II has led to momentous secret decision making at high levels. He demonstrates how these decisions by small cliques are responsive to the agendas of private wealth at the expense of the public, of the democratic state, and of civil society. He shows how, in implementing these agendas, U.S. intelligence agencies have become involved with terrorist groups they once backed and helped create, including al Qaeda.