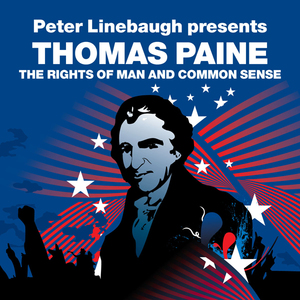 Audiobook Summary: Published to commemorate the bicentennial of Thomas Paine's death, these texts have remained two of the most influential arguments for liberty in political thought. Common Sense is a pamphlet that Paine wrote in support of American independence. Thanks to its original and simple style, it spread like wildfire through the colonies, helping to inspire the American Revolution. Rights of Man is Paine's passionate defence of the French Revolution that led to his trial for sedition and libel. Acclaimed historian Peter Linebaugh reveals the continued significance of Paine's thought and legacy for our understanding of today's world.