The Pirates of Somalia: Inside Their Hidden World (Unabridged) 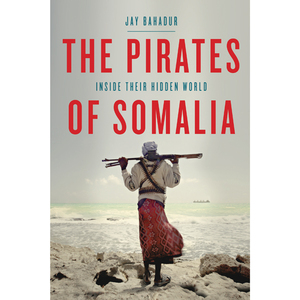 Audiobook Summary: Somalia, on the tip of the Horn of Africa, has been inhabited as far back as 9,000 B.C. Its history is as rich as the country is old. Caught up in a decades-long civil war, Somalia, along with Iraq and Afghanistan, has become one of the most dangerous countries in the world. Getting there is a forty-five-hour, five-flight voyage through Frankfurt, Dubai, Djibouti, Bosasso (on the Gulf of Aden), and, finally, Galkacyo. Somalia is a place where a government has been built out of anarchy. For centuries, stories of pirates have captured imaginations around the world. The recent bands of daring, ragtag pirates off the coast of Somalia, hijacking multimillion dollar tankers owned by international shipping conglomerates, have brought the scourge of piracy into the modern era. The capture of the American-crewed cargo ship Maersk Alabama in April 2009, the first United States ship to be hijacked in almost two centuries, catapulted the Somali pirates onto primetime news. Then, with the horrific killing by Somali pirates of four Americans, two of whom had built their dream yacht and were sailing around the world ("And now on to: Angkor Wat! And Burma!" they had written to friends), the United States Navy, Special Operation Forces, FBI, Justice Department, and the world's military forces were put on notice . . . The Somali seas were now the most perilous in the world. Jay Bahadur, a journalist who dared to make his way into the remote pirate havens of Africa's easternmost country and spend months infiltrating their lives, gives us the first close-up look at the hidden world of the pirates of war-ravaged Somalia.