The Persian Night: Iran from Khomeini to Ahmadinejad (Unabridged) 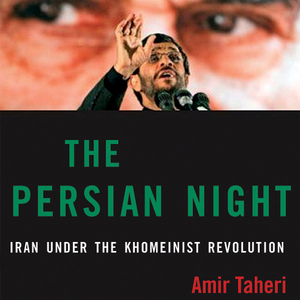 Audiobook Summary:Three decades after Khomeinist thugs raided the U.S. embassy in Tehran, Westerners are puzzled by Iran. As a nation, Iranians still like the United States. As a revolutionary regime, however, Iran is the principal bastion of anti-Americanism. From Ayatollah Khomeini's "historic mission" to President Mahmoud Ahmadinejad's messianic campaign in the name of the "Hidden Imam," The Persian Night depicts a trajectory that will most likely lead to war. More importantly, it addresses the vital question of how the Iranian regime can be resisted and defeated, enabling Iran to close the chapter of revolution and return to the mainstream of nation-states.