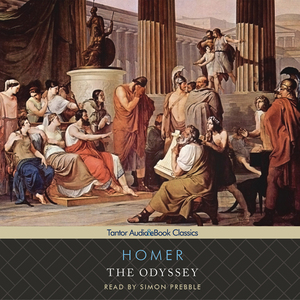 Audiobook Summary:Greek poet Homer established the standard for tales of epic quests and heroic journeys with The Odyssey . Crowded with characters, both human and nonhuman, and bursting with action, The Odyssey details the adventures of Ulysses, king of Ithaca and hero of the Trojan War, as he struggles to return to his home and his waiting, ever-faithful wife, Penelope. Along the way Ulysses encounters the seductive Circe, who changes men into swine; the gorgeous water-nymph Calypso, who keeps him a "prisoner of love" for seven years; the terrible, one-eyed, man-eating giant Cyclops; and a host of other ogres, wizards, sirens, and gods. But when he finally reaches Ithaca after 10 years of travel, his trials have only begun. There he must battle the scheming noblemen who, thinking him dead, have demanded that Penelope choose one of them to be her new husband---and Ithaca's new king. Often called the "second work of Western literature" ( The Iliad , also by Homer, being the first), The Odyssey is not only a rousing adventure drama but also a profound meditation on courage, loyalty, family, fate, and undying love. More than 3,000 years old, it was the first story to delineate carefully and exhaustively a single character arc - a narrative structure that serves as the foundation and heart of the modern novel. 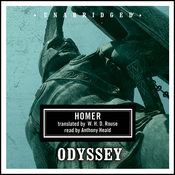 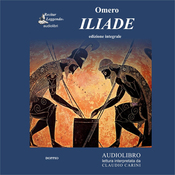 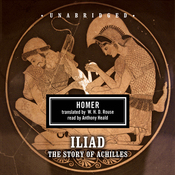 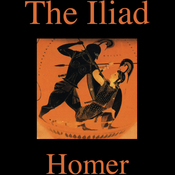 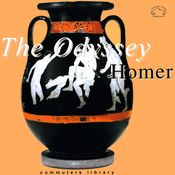 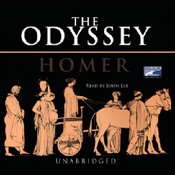