The New Wizard of the West (Unabridged) 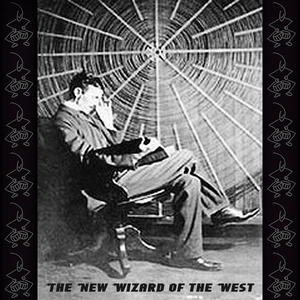 Audiobook Summary:A magazine interview with Nikola Tesla in his laboratory, a man often considered the most brilliant American inventor. This article presents a fascinating overview of the genius at the very peak of his illustrious career. Nikola Tesla was born at midnight, July 9-10, 1856, and died at midnight, January 7-8, 1943. Tesla was a trained engineer specializing in the infant field of electricity. He was gifted with a keen sense of hearing and the ability to clearly visualize concepts. Tesla held over 110 U.S. patents (700 worldwide), and, among other things, is personally responsible for inventing alternating current (AC), which powers the entire world today. Tesla's greatness becomes apparent when one realizes that, at the time of this interview, people still used gas for lighting and traveled about in horse-drawn buggies. Among the miracles described in this audiobook article are Nikola Tesla's inventions of hydro-electric power generation (first used at Niagara Falls), solar-electric power generation, wireless power distribution, high-voltage coils (which are in all automobiles), radio communication, videophones, cold-light, wireless lighting, and an electric nitrogen fertilizing machine.