The Man Who Was Thursday (Unabridged) 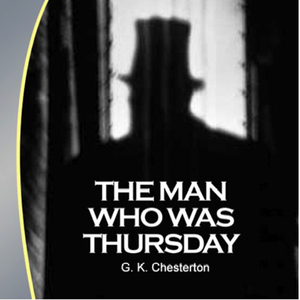 Audiobook Summary: Published in 1908, this is a classic thriller novel by G. K. Chesterton. The Man Who Was Thursday: A Nightmare tells the story of an anarchist Lucian Gregory, a poet who met Gabriel Syme, a new recruit to a secret anti-anarchist taskforce at Scotland Yard. Syme meets Gregory at a party and debates with him about the meaning of poetry. Gregory argues that revolt is at the core of poetry, while Syme insists that safety and orderliness (specifically, a timetable for the London Underground) are the greatest human achievements, and suggests that Gregory isn't really serious about his anarchism. This so irritates Gregory that he takes Syme to an underground anarchist meeting place. But later in the story, Syme discovers that five of the other six members are also undercover detectives; each was just as mysteriously employed and assigned to defeat the Council of Days.