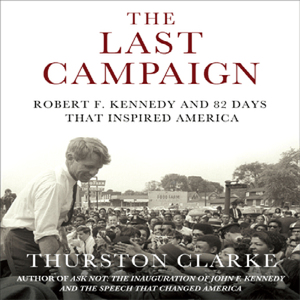 Audiobook Summary:With new research and previously unavailable interviews, The Last Campaign provides an intimate and absorbing historical narrative that goes right to the heart of America's deepest despairs - and most fiercely held dreams - and tells us more than we had understood before about this complicated man and the heightened dramas of his times. After John F. Kennedy's assassination, Robert Kennedy - formerly Jack's no-holds-barred political warrior - almost lost hope. He was haunted by his brother's murder, and by the nation's seeming inabilities to solve its problems of race, poverty, and the war in Vietnam. Bobby sensed the country's pain, and when he announced that he was running for president, the country united behind his hopes. Over the action-packed 82 days of his campaign, Americans were inspired by Kennedy's promise to lead them toward a better time. And after an assassin's bullet stopped this last great stirring public figure of the 1960s, crowds lined up along the country's railroad tracks to say goodbye to Bobby. Clarke's The Last Campaign is the definitive account of Robert Kennedy's exhilarating and tragic 1968 campaign for president - and a revelatory history that is especially resonant now. 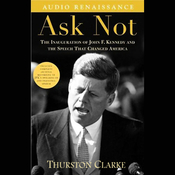