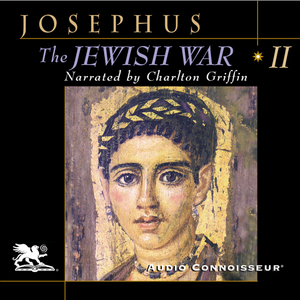 Audiobook Summary:The spectacularly violent Jewish revolt of A.D. 66 is in full swing as Volume 2 opens, and we begin our story with the horrific siege of Jotapata and the capture of Josephus. Listeners receive a rousing, eyewitness account of Roman arms in action as Vespasian presses relentlessly onward to Jerusalem. As the Roman war machine closes in on Jerusalem, the fanatic zealots inside the city are involved in tearing each other apart and savaging the citizens trapped inside. With doom approaching from afar and civil war convulsing the city from within, the once grand metropolis of Jerusalem begins to disintegrate. Vespasian is proclaimed emperor upon Nero's death, and turns over command of the army to his brilliant son, Titus, who encircles Jerusalem and places it under siege. Unable to escape the city and preyed upon by the enraged fanatics from within, the pitiful citizens can only watch helplessly as the horrible specter of famine begins to envelope Jerusalem and spread into every household. The horrors of siege warfare are driven home as we hear some of the most impassioned descriptions of man's folly ever put on paper. Learn how the magnificent Great Temple was burned and obliterated, and discover the fate of Jerusalem itself. And finally, hear the account of the incredible siege of Masada, one of the last major events of the war. The Jewish War is one of the most important histories to survive from ancient times, dealing as it does with a subject of which there are very few sources. This is an engaging and heart-felt chronicle by an eyewitness who lived through it all. 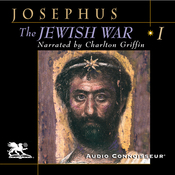