The Gift of Church: How God Designed the Local Church to Meet Our Needs as Christians (Unabridged) 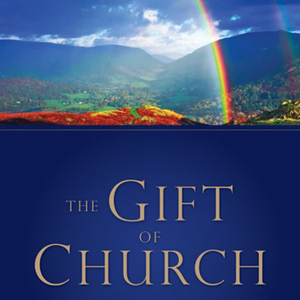 Audiobook Summary: All too many people are disappointed with the church, struggle with the church, or have already left the church. For example, Josh is the father of a young family. The demands (and illnesses) that go along with little children, traveling, friends coming for weekend visits and general busyness have kept him from getting his family very involved in church. Mason is an extremely successful businessman. He thinks the church is slow and inefficient. He shows up most weeks because his wife wants him to, but he hangs out with wealthy friends from around the country. hey get together on a regular basis, pay for a speaker to come and talk to them and call it good. Jerry's is aware that he is not supposed to stop assembling together with other believers, but that is what he is doing, so what's the big deal? Mark is a single young adult who was coming to church and was getting involved, but his girlfriend pulled him away from church and he has no rationale for why he should fight to stay involved. He drifted away and although people told him he needed to stay connected, he didn't see why they were so concerned. Char is a high school girl who doesn't like the youth group at church and only comes because her parents make her. She has asked her parents why she has to go to church, and they haven't been able to give her a good answer, except that it is something that she needs to do. In each of these cases, if they might not naturally download this book, Josh's brother, Mason's son-in-law, Mark's friend and Char's dad can give it to them to listen to. Or those who have influence with them can listen themselves to have a better understanding of the absolute necessity of active participation in a local church, so that they can share that verbally.