The Diary of Vaslav Nijinsky (Unabridged) 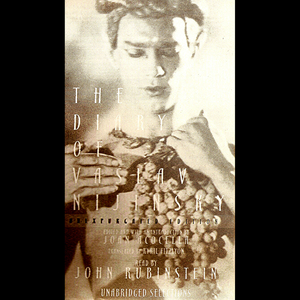 Audiobook Summary:In December 1917, Vaslav Nijinsky, the most famous male dancer in the Western world, moved into a Swiss villa with his wife and three-year-old daughter and began to go mad. A prodigy from his youth in Russia, Nijinsky came to international fame as a principal dancer in Serge Diaghilev's Ballets Russes. When psychosis struck, he began to imagine himself as married to God. Although he lived another 30 years, he never regained his sanity. This diary, which he kept in four notebooks over six weeks, is Nijinsky's confession and his prophecy, the only sustained, on-the-spot account we have by a major artist of the experience of entering psychosis.