The D-Day Tapes: An Oral History 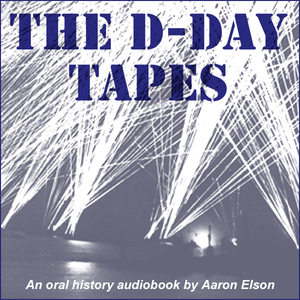 Audiobook Summary: In 1994, Tom McKinney was watching the 50th anniversary of D-Day ceremonies on television with his father, Vincent "Mike" McKinney. Tom noticed his father, who rarely spoke about the war, turning red while President Clinton was introducing a veteran as the first American to land on Omaha Beach. McKinney was in the first wave to hit the beach, his boat took two hits, and he had to step over bodies to get ashore. When he looked around, he saw no one. He looked at his watch, it was 6:33 a.m. Fifty years later, he told his son he thought he should be up there with President Clinton. So Tom McKinney went to the Internet, found Aaron Elson's World War II Oral History website (tankbooks.com), and asked Aaron if he would interview Tom's father. The result is one of six compelling interviews in The D-Day Tapes . These interviews have no narrator, only an occasional question or comment by the author. Also included are the stories of Ed Boccafogli, a veteran of the 82nd Airborne Division; Bill Pirone, a veteran of the 2nd Cavalry Regiment who landed on Omaha Beach and later suffered battle fatigue; Lou Putnoky, a Coast Guard veteran of the USS Bayfield, the flagship of the Utah Beach invasion fleet; Angelo Crapanzano, a Navy veteran and survivor of the ill-fated pre-D-Day disaster known as Exercise Tiger, or Slapton Sands; and Patsy Giacchi, a quartermaster who, like Angelo, survived the sinking of LST 507 in the English Channel. If you like Studs Terkel, you'll be moved by these sometimes powerful, often poignant stories told in the veterans' own voices. 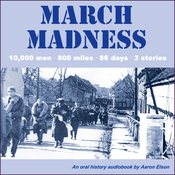