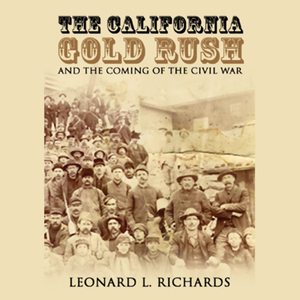 Audiobook Summary:In this revelatory study, award-winning historian Leonard L. Richards outlines the links between the Gold Rush and the Civil War. Richards explains that Southerners envisioned California as a new market for slaves who could dig for gold, schemed to tie California to the South via railroad, and imagined splitting off the state's southern half as a slave state. We learn how the Gold Rush influenced other regional and national squabbles, and we meet renegade New York Democrat David Broderick, who became a force in San Francisco politics in 1849, and his archrival, William Gwin, a major Mississippi slaveholder. Richards recounts the political battles and the fiery California feuds, duels, and, perhaps, outright murders as the state came shockingly close to being divided in two.