The Brothers Bulger: How They Terrorized and Corrupted Boston for a Quarter Century (Unabridged) 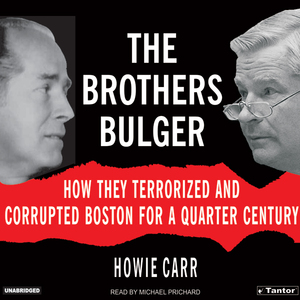 Audiobook Summary:This fresh account of Massachusetts' infamous Bulger brothers unveils a stunning criminal alliance, and with its dual biography format, goes deeper than the New York Times best-selling Black Mass . For the first time, journalist Howie Carr reveals the real story behind the infamous Bulgers, two brothers from South Boston who grew up to control a state. With political corruption on one side and deadly force on the other, the Bulgers shared a diabolic and destructive alliance for decades. James "Whitey" Bulger, the "bad" son, blazed a murderous trail to become Boston's most feared mobster and remains one of the FBI's 10 Most Wanted Fugitives. William "Billy" Bulger, the "good" son, wielded the gavel as president of the Massachusetts State Senate and the University of Massachusetts, but was eventually forced from both positions. The parallel stories of these two brothers, rich in anecdote and shocking in their revelations, read like an unholy hybrid of All the King's Men and The Godfather . 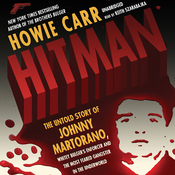