The Book of Honor 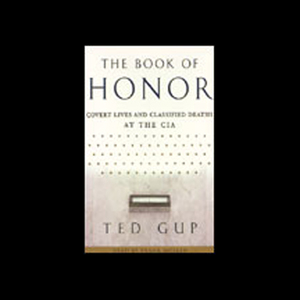 Audiobook Summary:In the entrance of the CIA headquarters looms a huge marble wall in to which seventy-one stars are carved - each representing an agent who has died in the line of duty. At the base of this wall lies "The Book of Honor," in which the names of these agents are inscribed, or at least thirty-five of them. Beside the dates of the other thirty-six, there are no names. The identity of these "nameless stars" has been one of the CIA's most closely guarded secrets for the fifty-three years of the agency's existence. Even family members are told little - in some cases, the agency has denied the fact that the deceased were covert operatives at all. But what the CIA keeps secret in the name of national security is often merely an effort to hide that which would embarrass the agency itself - even at the cost of denying peace of mind for the families and honor due the "nameless stars." In an extraordinary job of investigative reporting, Ted Gup has uncovered the identities, and the stories, of the men and women who died anonymously in the service of their country. In researching The Book of Honor , Gup interviewed over four hundred current and former covert CIA officers, immersed himself in archival records, death certificates, casualty lists from terrorist attacks, State Department and Defense Department personnel lists, cemetery records, obituaries, and tens of thousands of pages of personal letters and diaries. In telling the agents' stories, Gup shows them to be complex, vibrant, and heroic individuals - nothing like the suave super spies of popular fiction or the amoral cynics of conspiracy buffs. The accounts of their lives - and deaths - are powerful and deeply moving, and in bringing them at long last to light, Gup manages to render an unprecedented history of covert operations at the CIA. Listen to Ted Gup on C-SPAN's Booknotes (8/27/00).