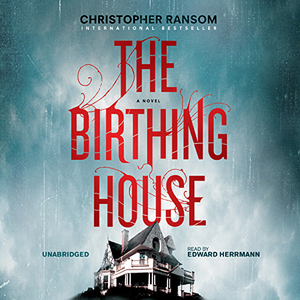 Audiobook Summary:In this psychological thriller with supernatural overtones, a young couple, Conrad and Joanna Harrison, attempt to save their marriage by starting anew in a rural turn-of-the-century former birthing house. One day, when Jo is away at work, the former owner bequeaths a photo album that "belongs to the house". Thumbing through these antique photos of miserable midwives and pregnant girls in their 19th-century dresses, Conrad is chilled to the bone; staring back at him with a countenance of rage is his own wife. Thus begins a story of possession, sexual obsession, and, ultimately, murder as a centuries-old crime is reenacted in the present - with devastating consequences.