The Big Shift: Midlife Opportunity and the Transition to a New Stage of Life (Unabridged) 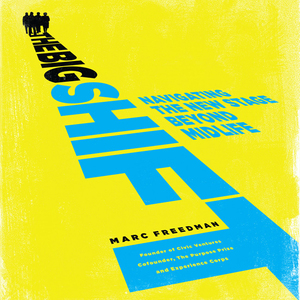 Audiobook Summary: Marc Freedman, hailed by the New York Times as "the voice of aging baby boomers [seeking] meaningful and sustaining work later in life", makes an impassioned call to accept the decades opening up between midlife and anything approximating old age for what they really are: an entirely new stage of life, which he dubs the encore years. In The Big Shift , Freedman bemoans the fact that the discussion about longer lives in America has been entirely about the staggering economic costs of a dramatically aging society when, in reality, most of the nation's 78 million boomers are not getting old - at least not yet. The whole 60- to 80-year-old period is simply new territory, he writes, and the people in this period constitute a whole new phenomenon in the 21st century. The Big Shift is animated by a simple premise: that the challenge of transitioning to and making the most of this new stage - while deeply personal - is much more than an individual problem; it's an urgent social imperative, one affecting all generations. By embracing this time as a unique period of life - and providing guidance, training, education, and support to the millions who are in it - Freedman says that we can make a monument out of what so many think of as the leftover years. The result could be a windfall of talent that will carry us toward a new generation of solutions for growing problems in areas like education, the environment, and health care. 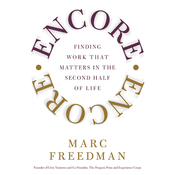