The Battle: How the Fight Between Free Enterprise and Big Government Will Shape America's Future (Unabridged) 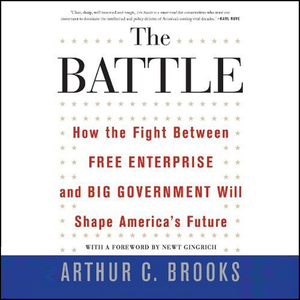 Audiobook Summary: America faces a new culture war. It is not a war about guns, abortions, or gays; rather it is a war against the creeping changes to our entrepreneurial culture, the true bedrock of who we are as a people. The new culture war is a battle between free enterprise and social democracy. Many Americans have forgotten the evils of socialism and the predations of the American Great Society's welfare-state programs. But, as the American Enterprise Institute's president, Arthur C. Brooks, reveals in The Battle , the forces for social democracy have returned with a vengeance, expanding the power of the state to a breathtaking degree. The Battle offers a plan of action for the defense of free enterprise; it is at once a call to arms and a crucial redefinition of the political and moral gulf that divides Right and Left in America today. The battle is on, and nothing less than the soul of America is at stake. 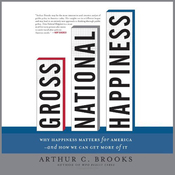 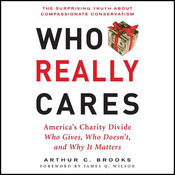