The Battle for the Rhine: The Battle of the Bulge and the Ardennes Campaign, 1944 (Unabridged) 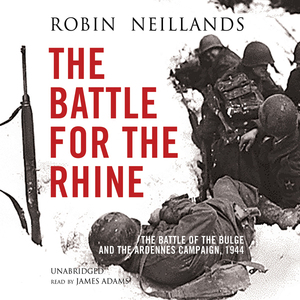 Audiobook Summary:The post-Normandy battles that the Allies fought as they struggled for seven months to advance from the Seine to the Rhine were complex and controversial. Even after 60 years, the questions remain of who was responsible for the failure at Nijmegen, the destruction of the British First Airborne Division at Arnhem, and the failure of Operation Market Garden. Could the war in Europe have been won in 1944 with better strategies? Historian Robin Neillands gets to the truth of what really happened. He examines the often difficult relationships between the Allied generals and the nature of Eisenhower's exercise of his role as Supreme Commander. With superb battle narratives throughout and clear analysis of success and failure at every point, the author casts a new and informed light on the long-drawn-out and costly struggle for the Rhine. 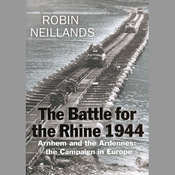