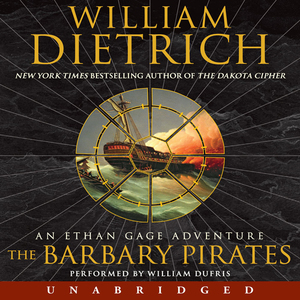 Audiobook Summary: As dazzling and action packed as the best novels of James Rollins, George MacDonald Fraser, and Steve Berry, The Barbary Pirates will have listeners cheering for William Dietrich and his dashing hero, Ethan Gage! Swashbuckling American explorer and ladies' man Ethan Gage has seen his fair share of danger, having braved the sands of Egypt, the perils of the Atlantic Ocean, and the harsh wilderness of early America. Once more, he finds himself in a desperate race, this time with the Barbary Pirates, a powerful band of Muslim outlaws from North Africa. Also after Ethan is his nemesis and former lover, Aurora Somerset, member of a dangerous sect called the Egyptian Rite. The prize is the Mirror of Archimedes, an ancient superweapon that, according to legend, once burned a Roman fleet with its power. In 1802, this death ray could tip the balance of power in the Mediterranean, and Ethan must stop the pirates from using it against the American, English, and French fleets. From the salons and brothels of the Palais Royal of Paris, where the quest for information about his lost love Astiza involves real-life scientists and engineers - including inventor Robert Fulton - Ethan must travel at Napoleon's behest to the canals of Venice, the caves of Santorini, the dungeons of Tripoli, and finally to treachery on the high seas in the Mediterranean. Can Ethan rescue Astiza without betraying the cause of his own United States? Can he save the two-year-old son he only recently discovered he had without allowing the Egyptian Rite to finally dominate the world? And when the sun rises on the Mirror of Archimedes, will everything Ethan cares about be set afire? Delivering the fast-paced adventure, uncanny wit, and compelling historical excitement that readers have come to expect from the masterful William Dietrich, The Barbary Pirates is Ethan Gage at his winningest, most hilarious, and most death defying. 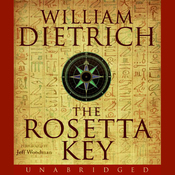 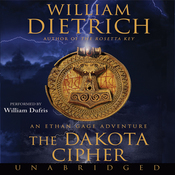 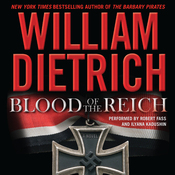 Blood of the Reich