The Atheist's Guide to Christmas (Unabridged) 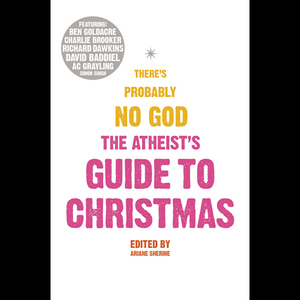 Audiobook Summary:Here is a fantastic listen that works brilliantly alongside the massively popular The Atheist's Guide to Christmas . This Guide was edited by Ariane Sherine, who started the Atheist Bus Campaign in response to an evangelical Christian bus advertisement that gave the URL of a website "telling non-Christians they would spend 'all eternity in torment in hell'." With the backing of Richard Dawkins, officially supporting the UK's first atheist advertising initiative, Sherine managed to compile a wonderful concoction of the world's most entertaining writers, scientists, comedians, and philosophers to read, perform, and narrate pieces that they had all written for the print book, which was published on October 1st 2009. This audio version is magnificent! It's funny, uplifting, and is read by all the book's contributors.