The Assassin's Accomplice: Mary Surratt and the Plot to Kill Abraham Lincoln (Unabridged) 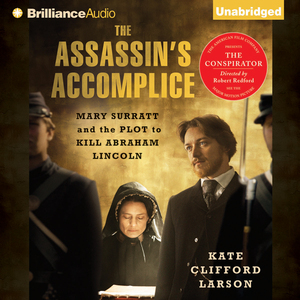 Audiobook Summary: In The Assassin's Accomplice , historian Kate Clifford Larson tells the gripping story of Mary Surratt, a little-known conspirator in the plot to kill Abraham Lincoln, and the first woman ever to be executed by the federal government. A Confederate sympathizer, Surratt ran the boarding house where the conspirators met to plan Lincoln's assassination. Set against the backdrop of the Civil War, The Assassin's Accomplice tells the intricate story of the Lincoln conspiracy through the eyes of its only female participant, offering a fresh perspective on America's most famous murder.