The Ascent of Rum Doodle (Unabridged) 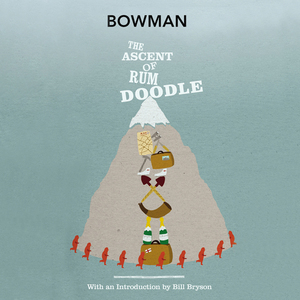 Audiobook Summary: First published in 1956, The Ascent of Rum Doodle quickly became established as mountaineering classic. As an outrageously funny spoof about the ascent of a 40,000-and-a-half-foot peak, many thought it inspired by the 1953 conquest of Everest. But Bowman had drawn on the flavour and tone of earlier adventures, of Bill Tilman and his 1937 account of the Nandi Devi expedition. The book's central and unforgettable character, Binder, is one of the finest creations in comic literature.