Tears in the Darkness: The Story of the Bataan Death March and Its Aftermath (Unabridged) 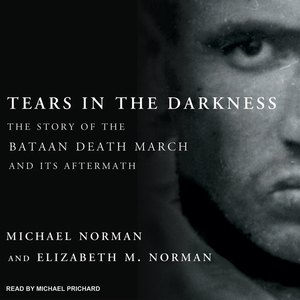 For the initial four months of 1942, USA, Filipino, and Japanese troopers fought that which was Usa's first key land fight of World War Two, the battle for the miniature Philippine peninsula of Bataan. It finished with all the surrender of 76,000 Filipinos and Americans, the only biggest defeat in American military background. The defeat, though, was just the start, as Michael and Elizabeth M. Norman make drastically clear in this potently original book.

The Normans bring to the narrative remarkable efforts of reportage and literary empathy.

Juxtaposed against Steele's story as well as the sobering narrative of the Death March and its consequences is the narrative of a number of Japanese soldiers. The end result is an altogether new and original World War II book: it exposes the fables of military heroism as superficial and inadequate; and it makes apparent, with great literary and human power, that warfare causes anguish for folks on all sides.