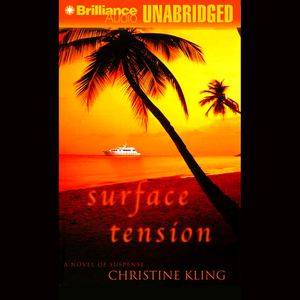 Audiobook Summary:Years ago Seychelle Sullivan had the chance to save a person's life. But on that summer night in Fort Lauderdale, lost in a world of teenage resentment and loneliness, Seychelle was not able to comprehend any pain but her own. Today Seychelle captains her 46-foot salvage boat out of Fort Lauderdale's New River. She's seen change sweep through South Florida, and has witnessed friends and lovers come and go. But she's never escaped that one moment when she could have made a difference and didn't. Now each time she rescues a ship in distress, a little hope stirs in her again. On a steamy Florida morning Seychelle is answering a Mayday call launched from a $5,000,000 Broward yacht called "Top Ten". Racing her fiercest competitor for salvage rights, Seychelle has a personal stake in this rescue: Her former lover, Neal Garrett, is the yacht's hired skipper. But being the first to reach Top Ten will lead Seychelle to a bloody payday. A beautiful woman has been stabbed to death onboard. And Garrett is no where to be found. Even on shore, the pressures are mounting - Seychelle owes money on her boat, and her love life is in shambles. Within 24 hours of finding the dead woman and towing Top Ten out of the surf, Seychelle realizes that she has stepped into a lethal business involving some of South Florida's sleaziest criminals. While the police treat her as the prime suspect, Seychelle begins to unravel a tangled plot centered on a strip club where "all the girls are tens on top." Discovering the sordid secrets of the owner of the yacht she rescued and the fate of the man she once loved, Seychelle is connecting human predators with innocent victims, and a mystery on land with a mystery buried deep beneath the sea. Now, to find out what really happened to Neal Garrett, Seychelle must retrace his last steps, through two murders and a horrific crime wave to a final confrontation with someone who may want to kill her...or be her salvation.