Small Change: Why Business Won't Save the World (Unabridged) 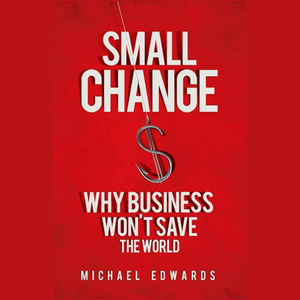 Audiobook Summary: A new movement is afoot that promises to save the world by applying the magic of the market to the challenges of social change. Its supporters argue that using business principles to solve global problems is far more effective than more traditional approaches. What could be wrong with that? Almost everything, argues former Ford Foundation director Michael Edwards. In this hard-hitting, controversial expose, he marshals a wealth of evidence to reveal that in reality, a market approach hurts more than it helps. Real change will come when business acts more like civil society, not the other way around.