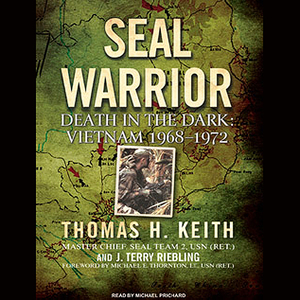 Audiobook Summary:The old battle tactics were useless for the U.S. soldiers in Vietnam, who were fighting a guerrilla war on foreign soil for the first time in American history. With the depth and honesty of Steel My Soldiers' Hearts , SEAL Warrior sheds light on the operations of the SEAL teams in Vietnam and shows how the SEALs laid the foundation for the modern guerrilla warfare that is used today. It also documents how one young American survived, fought, and grew to honor and trust many who had once been his enemy. With America again involved in guerrilla warfare, SEAL Warrior honors the unique abilities, understanding, courage, and insight of these warriors who hope and fight for nothing less than peace.