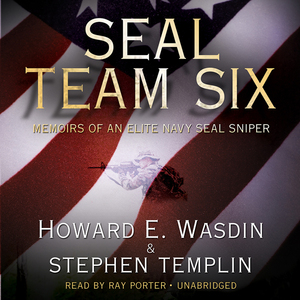 After graduating,Â Wasdin confronted new challenges. First, there wasÂ combatÂ in OperationÂ Desert Storm as a member of SEAL Team Two. Then, the Green Course: the selection procedure toÂ join the renowned SEAL Team Six (ST6), with a program that included practiced land war toÂ unarmed battle. More than studying how to decide a lock,Â they discovered how to blow the doorway off its hinges.

Finally, as member of ST6, he graduated from the most storied and challenging sniperÂ program in the country:Â the Marine Corps Scout Sniper School.

Less than half of a yearÂ after sniper school,Â he was fighting for his existence. From rooftops, helicopters, and alleys , Wasdin hunted Aidid and killed his guys whenever potential. But every thing wentÂ quickly to hellÂ when hisÂ little band of soldiers discovered themselves fighting for their lives, stop from aid and desperately attempting to save downed companions within a program mission. The Battle of Mogadishu, as it became understood, left 18 American soldiers dead and 73 wounded. Howard Wasdin had both of his legs almost blown off while engaging the enemy. His volatile battle narratives and inside detailsÂ of becomingÂ one of the world's snipers unite to generate this the most thrilling and important memoir by aÂ navy SEAL since Lone Survivor.