Science of Soul: The End-Time Solar Cycle of Chaos in 2012 A.D. (Unabridged) 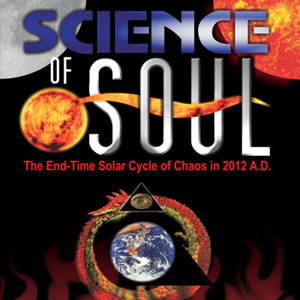 Audiobook Summary:From the unified mind's eye of Reality Press and author John Jay Harper comes the complete visionary integration of physics and metaphysics, a Science of Soul . Indeed, this spiritual blend of music with a finely crafted scientific script, filled to the brim with facts, will offer listeners the "lost key" to the secrets of the ages - a key that was only briefly introduced in What the Bleep Do We Know? and The Secret . Specifically, it involves our deepest relationship to the "magic of magnetism" and the connection between sacred-site structures on Earth and the solar flare cycles of the Sun. The Egyptians and Mayans revealed to us - in art, story, and their symbolic temple rites - the life-force energy that is about to turn our world upside down and inside out. In a galactic "pole shift" that will ripple with serpentine solar power through the swirling molten iron core of our planet - and then us - this cataclysm will impact consciousness, climate, culture, and civilization like no other nuclear force known to mankind. Science of Soul unlocks the truth of ancient and modern wisdom-keepers. It explains how Gnostics, Freemasons, Knights Templar, shamans, and serpent and Sun gods came to reveal the hidden - and so often, forbidden - knowledge of the End-Time Solar Cycle of Chaos set for A.D. 2012.