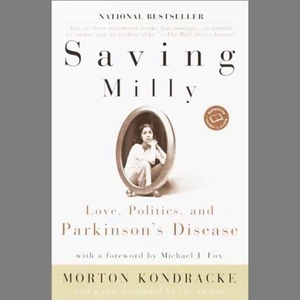 Audiobook Summary:For many years a panelist on The McLaughlin Group , Morton Kondracke recounts his passionate and volatile marriage to Millicent Martinez, the Mexican-American daughter of a radical labor organizer. In 1987, after 20 years of marriage, Milly learned the shattering news that she had Parkinson's disease. Despite the devastating physical and emotional effects of the disease, for which a cure has not yet been found, the marriage grew stronger and deeper. Kondracke's moving and remarkably frank narrative chronicles his own transformation from a careerist to a caregiver and disease activist whose religious faith grew more profound as he tackled his wife's illness. In turn, he explores the realities of disease politics and argues for increased government investment in medical research.