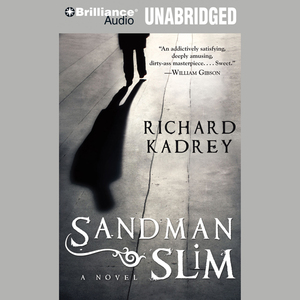 Audiobook Summary:When he was 19, James Stark was considered to be one of the greatest natural magicians, a reputation that got him demon-snatched and sent downtown - to Hell - where he survived as a gladiator, a sideshow freak entertaining Satan's fallen angels. That was 11 years ago. Now, the hitman who goes only by Stark has escaped and is back in L.A. Armed with a fortune-telling coin, a black bone knife, and an infernal key, Stark is determined to destroy the magic circle - led by the conniving and powerful Mason Faim - that stole his life. Though nearly everything has changed, one constant remains: his friend Vidocq, a 200-year-old Frenchman who has been keeping vigil for the young magician's return. But when Stark's first stop saddles him with an abusive talking head that belongs to the first of the circle, a sleazy video store owner named Kasabian, Stark discovers that the road to absolution and revenge is much longer than he counted on, and both Heaven and Hell have their own ideas for his future. 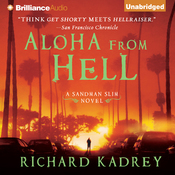 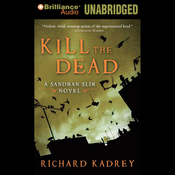