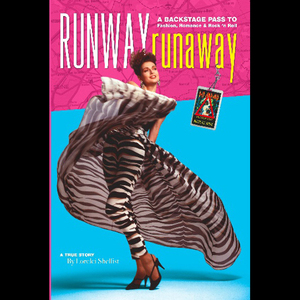 Audiobook Summary: From the streets of Los Angeles, as a teenage runaway waitressing at The House of Pies, to the catwalks of Paris, working as a model/muse to Chanel, YSL, and Christian LaCroix, Lorelei Shellist has led a life full of gritty and glamorous extremes. This is her story, a memoir that, on the surface, may seem all glitz and glam, but whose beauty runs deep - an every woman's quest for strength, hope, happiness, understanding and inner-peace. Rebellious, headstrong, independent and on her own at 15, Lorelei dreamed of being a model. She made that happen through determination and serendipity; a chance meeting with a '70s Southern California rock star opened the A-list Hollywood doors to a wondrous world, as well as a full-blown romance. Pounding the pavement in L.A. and New York taught her the hard knocks of being a working-class model. Fortitude and sheer will jetted her off to Europe, and there she met the doomed love her life, fiance Steve Clark of Def Leppard. Theirs was a relationship mired in dizzying highs and bottomless lows, as she watched Steve drink and drug himself to death, and caught herself in the wake of his spiraling cycle of addiction and depression, unable to help. Ultimately fleeing and finding the strength to save herself, Lorelei now shares the candid and blatant truth of how she survived the greatest loss in her life, as well as the aftermath and her determination to not only survive, but to heal herself and help to heal others.