Audiobook Summary:An intriguing look behind the congenial facade of Franklin D. Roosevelt and Winston Churchill, this work reveals how each leader jealously guarded knowledge from the other in pursuit of separate national interests. David Stafford's masterly study shows that at the heart of the complicated - but always dynamic - relationship between Roosevelt and Churchill was an extraordinary fascination with clandestine operations. On this foundation the two leaders constructed a fighting alliance unlike any other in history. Stafford is a former diplomat who has written extensively on intelligence history, and The Independent calls him "an expert in Britain's wartime intelligence operations." 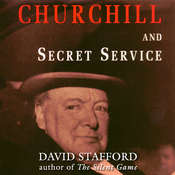