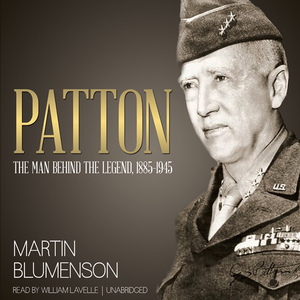 Audiobook Summary:In paying final tribute to his Third Army commander, General Eisenhower said: "He was one of those men born to be a soldier...whose gallantry and dramatic personality inspired all he commanded to great deeds of valor." This detailed and persuasive study by the author of The Patton Papers was described by Patton's daughter Ruth as "an extraordinary book". It is widely considered the best biography ever written of the General, an American hero as compelling as he was complex.