On War: The Nature and Theory of War 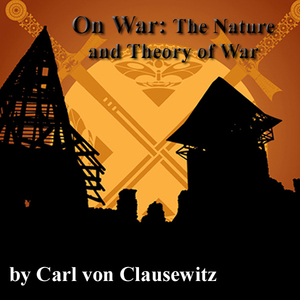 Audiobook Summary: Carl von Clausewitz was a Prussian soldier and German military theorist who stressed the moral and political aspects of war. This recording is the unabridged text of the first two books of Clausewitz's massive three volume treatise On War . Book 1 is "The Nature of War" and Book 2 is "The Theory of War." These first two books of the three volume set contain the essence of Clausewitz's thought. They contain many famous quotes such as "War is nothing but the continuation of policy with other means." Much of the rest of the work was left in an unfinished state when Clausewitz died but these two books are still widely read today and, along with "The Art of War," are required readings in military classrooms around the world. The translation is by Colonel J.J. Graham. According to critic Christopher Bassford, "Clausewitz's magnum opus, ON WAR , is unquestionably the most important single work ever written on the subject of warfare." The Chronicle of Higher Education said in 2011, " On War has become something of a classic, often cited, discussed in numerous recent books, seen in the company of Sun Tzu's Art of War (thought to be circa fourth century BC), and studied in military academies. On War appeals to anyone who wants to see how a general thinks, and to all who suppose that warcraft applies to an office, company, college, or team. Clausewitz himself compared war with commerce and alliances with 'a business deal.' With protracted wars in Iraq and Afghanistan, American and British readers have found On War to be a touchstone for discussions about tactics, strategy, war aims, and definitions of 'victory.'" 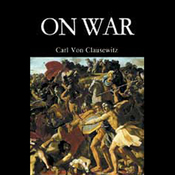