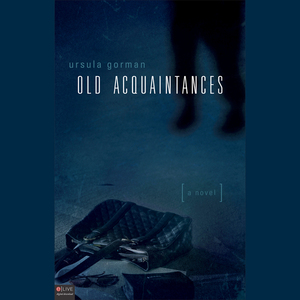 Audiobook Summary: Two years after her mom's death, Rissa is finally ready to get on with her life. But someone else has different plans for her...Rissa Neil is confronted with an unknown enemy who turns her life into a living nightmare. She tries to convince herself that everything happening around her - feelings of being watched, strange phone calls when she's away - is just coincidence, but she can't fool herself for long. Finally, when two Old Acquaintances of hers are murdered, she turns to her best friend, Matt, for help. But who can she rely on when he suddenly jumps to the top of the suspect list?With only a few leads to go on and nowhere to run, Rissa wants to use herself for bait, but the police want to put her in protective custody. While they butt heads, things heat up as the body count rises and the suspect list dwindles. Detective Stone, a respected detective who lives up to his name, is soon assigned the case, but will he be able to solve the murders of Rissa's Old Acquaintances before the killer decides its time to end the game and destroy Rissa for good?