Of Paradise and Power: America and Europe in the New World Order (Unabridged) 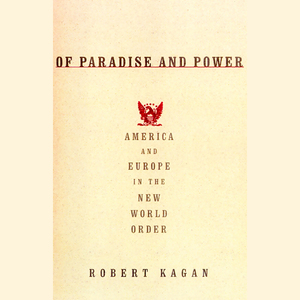 Audiobook Summary:When historians want to find out about the ideas that motivated American foreign policy in the early years of the twenty-first century, they would do well to read this book. Robert Kagan has formally set out a case for unilateralism on the part of the United States, as opposed to the multilateralism now characteristic of Europe. The U.S. is now quicker to use military force, less patient with diplomacy, and more willing to coerce or bribe other nations to achieve a desired result. By contrast, European nations are trying to work together, preserving the ties of diplomacy, cooperation, long-term problem solving, and international law, all of which are signs of weakness. Kagan believes that the United States can disregard a weak Europe, and have a free hand in pursuing its global interests. 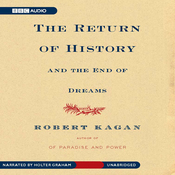 The Return of History and the End of Dreams